Atopic Dermatitis Across the Lifespan

Locations of rashes from infancy to adulthood 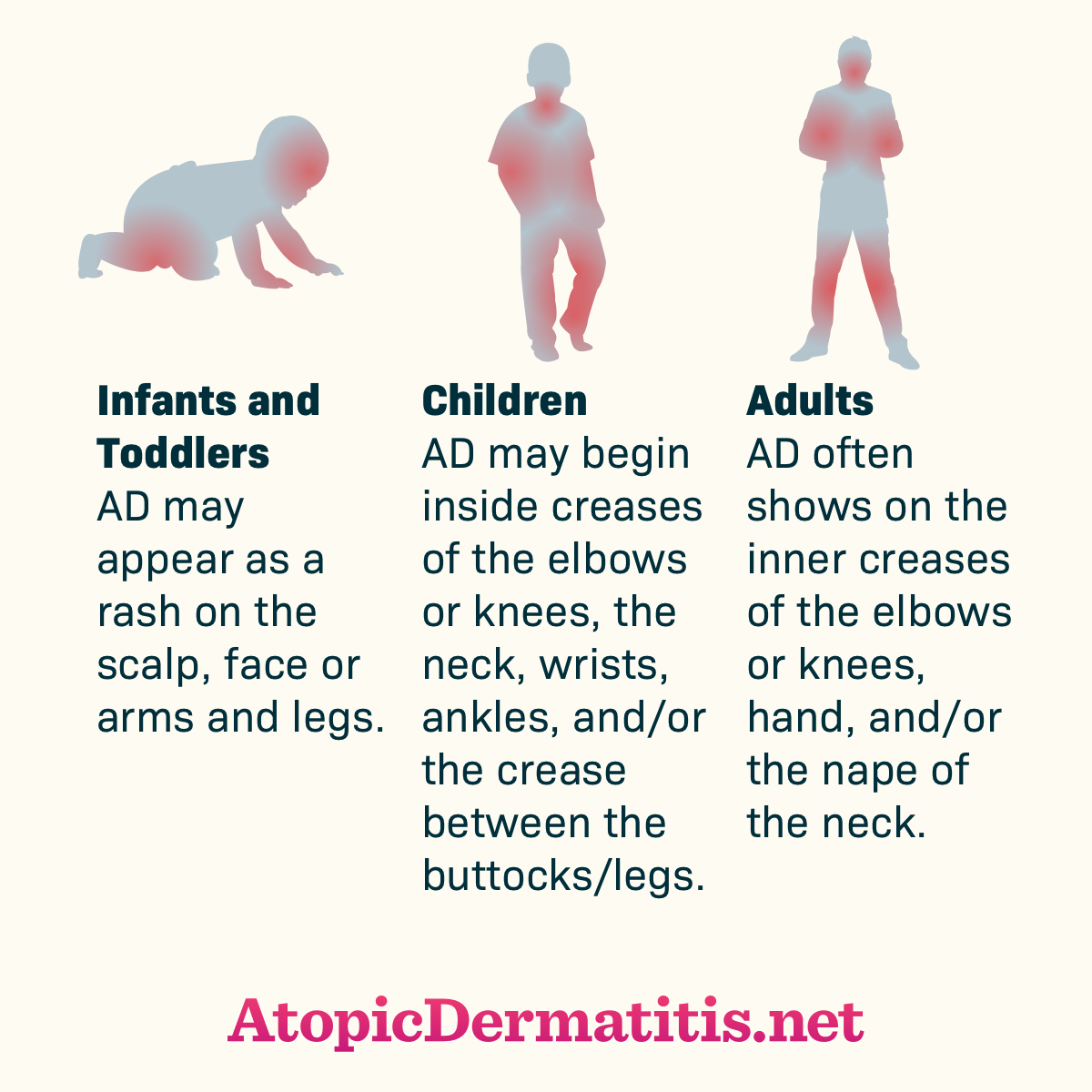 Some infants or toddlers develop complications from atopic dermatitis, including infection, eye complications, or sleep problems.

How to treat infants and toddlers

A key part of treating atopic dermatitis in infants and toddlers is rehydrating the skin with good skin care, including bathing in lukewarm water, using mild and fragrance free soaps, and moisturizing the skin immediately after bath with an emollient. For children who have repeated bacterial skin infections, adding 2 teaspoons of bleach per gallon of water can reduce the chance of infections. Topical corticosteroids may be prescribed for children with atopic dermatitis whose condition doesn’t respond to good skin care and regular use of emollients.1,3

While 60% of atopic dermatitis occurs in the first year of life, 90% develops by 5 years of age. Approximately 10% of all atopic dermatitis cases are diagnosed after age 5. In children, atopic dermatitis frequently begins in the inside creases of the elbows or knees, the neck, wrists, ankles, and/or the crease between the buttocks and legs. The rash is itchy and scaly and may form bumps. The skin may lighten or darken where atopic dermatitis affects the body.1,4

How to treat children

Will my child grow out of it?

How to treat adults

Treatment for atopic dermatitis in adults includes daily moisturizers, mild soaps, and medications such as topical corticosteroids, topical calcineurin inhibitors, antibiotics, and antihistamines. Phototherapy, which uses light waves directed at the skin, is a second-line treatment strategy. That is, it is only recommended for use after topical treatments and lifestyle approaches have failed to improve symptoms of atopic dermatitis. Immunosuppressants or biologics may be prescribed for people with severe cases of atopic dermatitis that have not responded to previous treatment.1

Why Can’t I Find This New Atopic Dermatitis Trigger?