How to Help Stop your Child from Scratching 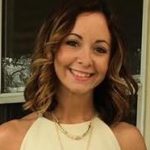 I have had eczema for a long time. In addition to experience, I am also an adult. When I have an eczema flare-up I know I should not scratch. Even though it is hard, I typically “don’t scratch”. I have learned the hard way that scratching an eczema flare-up with only make it worse in the end.

In the past, scratching has caused my flare-up to ooze an undesirable scent, make showers unbearable, and resemble a crime scene. It isn’t as easy to tell a child “don’t scratch,” not necessarily because they don’t listen, it is just so difficult not to actually scratch. All you want to do is scratch when you have an eczema flare-up. I want to share some tips that have worked for me to help with my son’s scratching during an eczema flare-up.

Ryan is almost 10. I still help him with his fingernails when he needs it, but he is pretty good about it. It wasn’t always this way. Who knew that forgetting to trim fingernails could make me question my mommy skills. I have felt horrible on more than one occasion for letting his fingernails get too long during an eczema flare-up. I’m talking just a little bit of white is too long during a flare-up. They need to be trimmed as short as possible. Ryan scratches the most in his sleep. Especially if he is sweating. When he was a baby I had to keep the little sock booties on his hands so he didn’t scratch his cheeks. He had eczema flare-ups on his cheeks.

Lotion had been an ongoing battle for treating Ryan’s eczema. He can’t stand the feel of it. We have been through so many assorted brands to find one that he will tolerate. He doesn’t like the ones that feel “greasy”. We are currently using the Cetaphil body lotion. This goes on this and dries quickly. Eucerin baby cream lotion was very effective. It was more of a petroleum base which contains more oil to lock in the moisture. Now at his “old age” of almost 10, he is very vocal about which lotions he prefers.

When Ryan has a bad flare-up it has been helpful to take a washcloth, run it under cold water, ring it out, and fold it over his arm. His most common place for a flare-up is on the inside of his arms right where it bends. The cold compress relieves the itching.

We would not have been able to get through his worst flare-ups without prescription strength cortisone. Over-the-counter cortisone wasn’t enough to help it. Even when I see a flare-up starting I put a little on to prevent it from getting too big.

There have been nights when Ryan was little that I had to wait until he fell asleep to put his lotion on. Some nights I didn’t win this battle, but the nights that I did he woke up itch-free and never knew he had lotion on! Mom Wins!