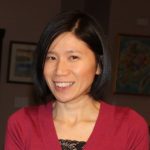 If you have a young child, they probably had or are likely to get molluscum contagiosum. It sounds terrible. But what is it? According to the Mayo Clinic, molluscum contagiosum sounds scarier than it is. It is a relatively common viral skin infection that appears as round, firm bumps. The bumps can range in size but typically the size of a pinhead to a pencil eraser. The infection can spread to surrounding skin when the bumps are scratched or injured. The bumps may be itchy. Its potential itchiness and contagious nature make it a terrible infection for children with eczema. It’s even more difficult to control when there’s more than one child in the household. Molluscum contagiosum may spread through direct person-to-person contact and through contact with contaminated objects.

Trying to manage the infection

When I first saw a small cluster of bumps on my youngest child’s arm, I didn’t know what it was. Claudia didn’t seem bothered by it. She never complained of it as being itchy. After finally finding out what it was, I knew that we should handle it with care so that it wouldn’t spread. After talking to her pediatrician, we knew that the only thing to do was let it run its course. It would clear up on its own typically anywhere from 6 months to 1 year and for some people it may take even longer. Seasons went by and instead of going away, the bumps multiplied. She was usually very good about it and I was careful to use separate towels for all the kids. Her older siblings, Catherine and Chase, even knew not to touch her bumps. For a while, we were lucky that neither Catherine nor Chase seemed to be infected.

However, as careful as I was, the bumps multiplied on Claudia and eventually, both Catherine and Chase started getting bumps too. At first, it was just a bump here and then another bump at another location on the body. By the end of summer, it had spread even more. Fortunately, by this time, Claudia’s bumps had mostly run its course, which lasted about 18 months. I was so frustrated because I had been as careful as I could be to prevent any spread of the infection from one child to another. I guess it was inevitable that it would happen. A child’s immune system is not strong enough to fight off the infection when initially exposed to molluscum contagiosum. According to the Mayo Clinic’s website about molluscum contagiosum, the infection occurs mostly in people with weakened immune systems and in children who have atopic dermatitis. I was even more frustrated when I read that.

Despite the lengthy duration of Claudia’s infection, she, fortunately, has minimal other skin conditions. However, Catherine and Chase found their bumps to be itchy. Molluscum contagiosum by itself is typically not itchy, but for children with eczema that already have dry skin, scratching is second nature. The spread of these bumps may happen so much faster in children with eczema, which is exactly what happened with Catherine and Chase.

How can I prevent their bumps from spreading, help them with their itchiness, and treat their eczema? In some areas of their body, the bumps appear within their eczema patch. After another visit to the pediatrician, I was told that I should try to keep the skin moist with lotion. I was also told not to use their prescription corticosteroid cream for their eczema. The reason was that the cream may thin the skin around the molluscum contagiosum bumps, which would make it easier for the bumps to burst and spread the infection. In all honesty, at times it was tough to follow those instructions. During their eczema flare-ups, I had to give them relief beyond an over-the-counter moisturizer. I would apply their prescription cream on their eczema patches, but only sparingly and avoided putting the cream directly on the bumps. I knew that I couldn’t make the bumps go away, only time can do that, but I can at least for a limited time give them relief from their itchiness. The relief may help them stop scratching and prevent some spread of the infection. Unfortunately, this is a battle we have not won yet. For now we are 1 of 3, with one child no longer showing signs of infection. I’m counting down the days when the other two kids can finally be free of these bumps and I’ll have only one skin condition to deal with.