When the Outside Isn’t as Pretty 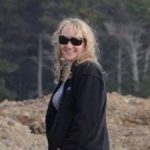 My first baby had a beautiful, round head and a quick, easy smile.  Her skin literally glowed with a golden light, due to her preference for the beta-carotine rich baby foods like sweet potatoes and butternut squash.  People cooed over her everywhere we went.  We called her “the golden child.”

I loved my second baby just as intensely, but he did not produce the same reaction in public.  He had a big dark birthmark on his skull that showed prominently through his baby fuzz.  His entire face turned red easily when he was gassy.  And sometimes he looked like a scaly lizard.  He had atopic dermatitis.

It didn’t always happen, but it certainly did hurt that sometimes people looked at him, then quickly looked away.  They didn’t engage with him, talk to him, or try to get a smile by acting goofy.  I didn’t get admiring looks and comments on him.  At least my sweet baby didn’t notice the difference like I did.

The doctor said the mole would probably shrink with age and someday be hidden by his hair.  For his flaky skin, we switched to fragrance-free soaps and moisturizers.  We got religious about the moisturizing after every bath.  I made up the “Lotion Song” that I sang to him while I put it on every night.  Eventually, his skin did improve.

Now he is a huge teenager.  Months go by without me thinking about his mole.  It did indeed shrink and recede into his scalp.  His hair is long and flowing, rock-star style.  No one sees the mole anymore.

His dermatitis still shows up on his legs, and it really flares up in the winter.   Because we live in Texas, he wears shorts for most of the year.  He says doesn’t seem to mind peoples’ reaction to it.  I know it bothers him, although so does his typical teenage acne.  It is unfortunate that people judge a person by their outward appearance, that they make assumptions about hygiene.  Other teens can be cruel and judgemental.

It still hurts when others look askance at my son.  He is learning how to handle it and how to manage his condition.  He is physically so very different than that little scaly baby I used to carry around, but I love him just as fiercely.

And now, instead of me being in charge of his appearance and his grooming, it is becoming his responsibility.  As a moody teen, sometimes he doesn’t want to put on lotion or medications.  He fights the things he is forced to do.  The consequence of this is that his skin looks worse.  It is always hard letting go, but seems especially fraught when the results mean he might have breaks in his skin, and peers who might say cruel things.  Ultimately, it is his body, and he has to learn to manage his atopic dermatitis. Sometimes the best I can do is be supportive without nagging.  And letting him know I love him just as much as before.