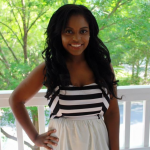 “How is your skin so perfect?” This is a question I never imagined I’d hear growing up. I’ve never been the person anyone desired to “be like.” Especially not when it comes to my skin. For the longest time, I was the person who hid everything about herself. People knew the surface level idea of me, but no one had any idea of who I actually was. A big reason for this was because I was too afraid. I was afraid people would judge me because of my skin. I was afraid people wouldn’t understand me because I was living with Inflammatory Bowel Disease. I was just all around afraid.

The first time someone gave me a compliment about my skin I actually laughed. I thought they were joking. I realized people didn’t know me well. I also was fully aware that was 100% my fault, but with a compliment like that, I began to question if people truly knew me at all. It seemed like once I received a compliment from one person, the rest kinda just poured in. It started around my later years of high school. Actually, it was around the same time I was officially diagnosed with IBD.

It took a while for me to realize why. People weren’t complimenting my skin, they were complimenting my face. I chose to hide my the inflammation, scars and bruises on my arms and legs, but my face I obviously couldn’t cover. So all people knew was what they could see: my face. Because my face seemed bright and clear and most of my fellow classmates were struggling with hormones and acne at the time, people actually thought I was the lucky one! People looked at me as if I was #SKINGOALS or something. I found it hilarious. Yes, technically my face has always been much less of a problem than my arms and legs. To the outside looking in, most would probably say it isn’t a problem at all. I always felt like this was a bit of a blessing. At least when I wanted to hide and pretend as if I had a “normal” body, I have the ability to do so.

My flaws are beautiful

People couldn’t see my atopic eczema or IBD. They just saw me. Eventually, I learned to accept myself for who I am and everything my body has to offer. I wear what I want. I don’t hide behind fabrics or sleeves anymore. If people want to judge me, that’s on them. I can’t control what anyone thinks, nor would I want to. Sure, some people may find my appearance odd, they also may judge me because of my other conditions too. But there are also people who consider my flaws beautiful. There are people who appreciate who I am, as I am. And without the first kind of people, (those who look down on me. Judge me. Maybe even belittle me or try to make me feel a certain way), I wouldn’t appreciate the second kind as much as I do.