That Tiny Tube Costs WHAT?! 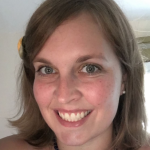 I recently had my six-month dermatologist visit (that one where they check you out head-to-toe for all those latent skin cancers) and I took advantage of the visit to mention some itchiness and inflammation to my dermatologist. We’re good friends (or we should be given how much I see this woman) so she was down for some casual conversation about the state of my forearms and shins.

She started by taking a quick peek and then continued with a little scratch and the shine of bright light. She quickly decided that I was having a little dermatitis flare-up due to the change of seasons (this was back in April) and signed me up for some ointment. We continued with my exam and I was on my merry way to the local drugstore. 60 minutes later and $40 lighter, I had a tiny tube of ointment.

Sticker shock for my prescription

Given the size of the tube and the span of skin on to which I was supposed to apply it, I expected this gel to work pretty quickly. I was going to exhaust my supply very quickly – and let’s be honest, $40 isn’t a small amount of money for skin ointment. I spread it over my skin a few times with basically no results and moved on because my symptoms weren’t all that bad and again, it cost me $40.

I have to apply how many times a day?

Fast forward four weeks and I’m back in the dermatologist’s office (I told you… we see a lot of each other). I mentioned the dermatitis to my bestie and when asked how often I’d applied the gel, I got scolded a bit for not applying it for the two full weeks. I’m no wallflower so I spoke right up and told my doctor that I’d received barely enough for two applications, let alone 14 or 28 applications (she’d suggested twice a day for two weeks!) So she called in a new prescription and specified a much bigger tube.

Yet after another trip to the drugstore (I’m tight with my pharmacist as well!). Bad news. The bigger tube is $142. So here I am – I’ve got insurance but no ointment or gel and I’m still inflamed.

Have you been in a similar situation? Share your story with the atopic dermatitis community.