How Does Atopic Dermatitis Affect the Skin and Body?

The skin is the largest and fastest-growing organ in the body. The skin has several important functions, including:

The skin is made up of several layers, each providing a role in the protection of the body:

How atopic dermatitis affects the skin

The corneal layer of the skin contains a protein called filaggrin, which plays a key role in the corneal layer’s structure and formation. In some people with AD, there can be a partial or complete lack of filaggrin, due to mutations in the FLG gene. Researchers have identified more than 40 mutations in FLG that have been associated with up to 50% of patients with moderate to severe AD.

These genetic mutations cause a lack of filaggrin in the corneal layer, which leads to a reduced ability to maintain the skin’s natural amount of water. Excess water loss can lead to dry skin, which then causes itchiness. The lack of filaggrin may also allow for the entry of airborne allergens to enter the skin, which could lead to an inflammatory response by the immune system. 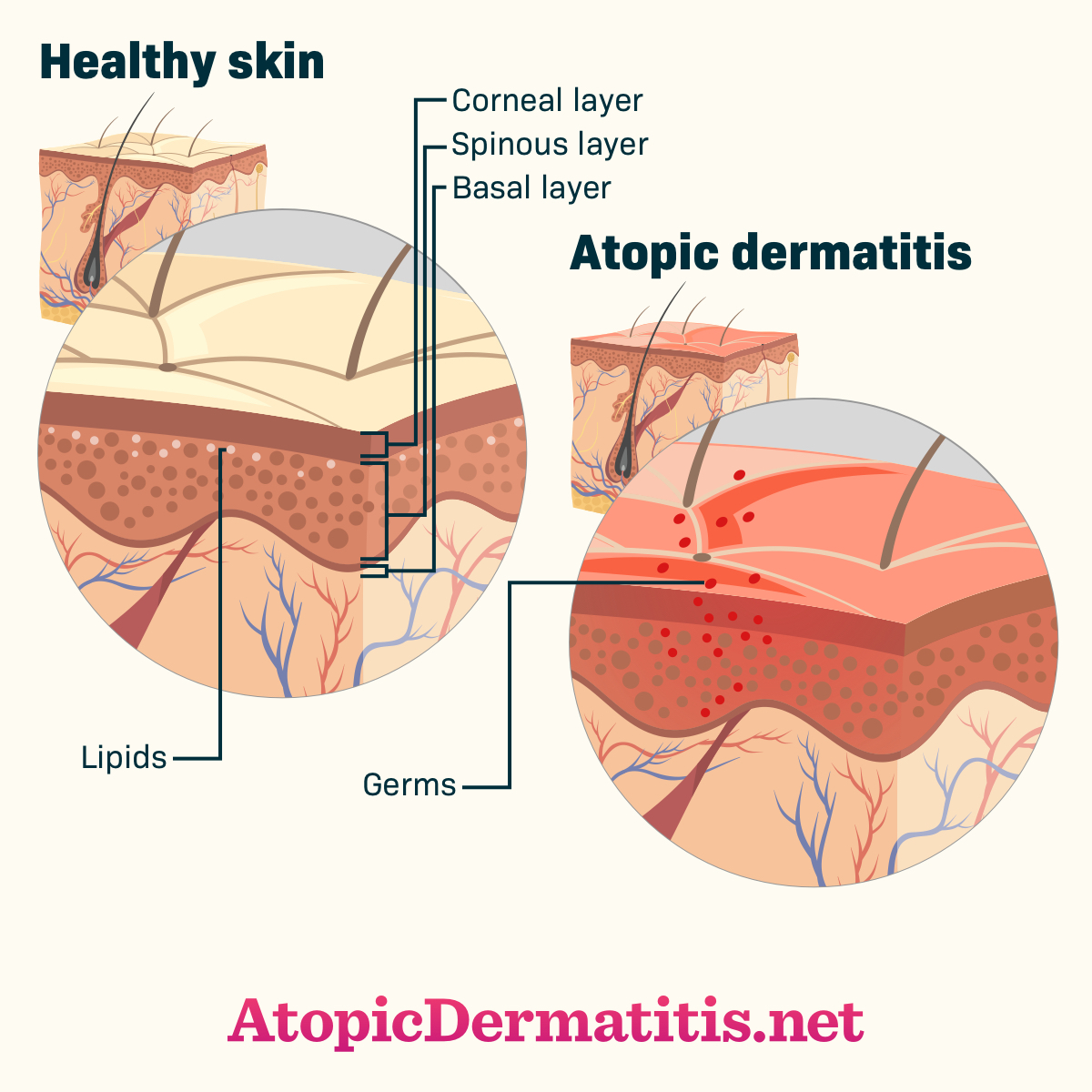 Another theory suggests that the normal pH of the skin barrier may be affected by filaggrin defects, which could lead to the overgrowth of bacteria. This could then trigger the immune system to create inflammatory skin lesions. However, not all individuals who have FLG mutations develop AD, and not all patients with AD have mutations is FLG. While FLG is one of the first identified and most well-studied genes associated with AD, there are many other genes that likely play a role in the development of AD. This is an active area of investigation for researchers.5

An abnormal immune system response also plays a role in the development of AD. Several cytokines (chemical messengers) are overly abundant in AD, causing an overload of T-cells (a type of white blood cell) to come to the skin. Specifically, abnormal numbers of T-helper cell 2 (Th2) are brought to the skin in AD, causing inflammation.6