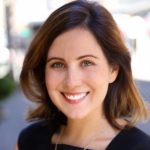 Currently, there is no “gold standard” (meaning one agreed upon laboratory or serological test) for assessing the severity of atopic dermatitis. There are several scales that a healthcare provider will use to guide their assessment and determine severity.

Examples of factors that a healthcare provider may use during their clinical assessment and diagnosis include:

After a healthcare provider assesses the patient, they will categorize atopic eczema in a severity category (examples include: mild, moderate and severe), these categories will help the doctor determine the best course of treatment. There are a number of scales that help measure the severity of the above parameters.

There are many different clinical features that have been suggested as important indicators of atopic eczema’s disease intensity and therefore there is a lot of variation in what clinical features are included in different severity scales. For example, some scales include redness, swelling, and vesiculation (which typically occur in the acute phase) and leave out dryness and lichenification features, which tend to occur in the chronic atopic eczema stage. Some measurement scales only assess the most severely affected area of the body while others provide assess each body site for each of the clinical features.2 While there are many assessment tools, the EASI and SCORAD (currently) are the most valid and reliable instruments to assess clinical signs of atopic eczema.2

In 1998, an American group proposed the Eczema Area and Severity Index (EASI) to grade the severity of atopic eczema. The EASI scoring assessment multiplies the percentage of the affected area (of four specific skin regions) and then adds this number to the severity scores of the four specific symptoms. The EASI does not include a subjective measure of pruritus (intense itch), which is a key component of atopic eczema. It also does not grade dryness or scaling.

The area score is documented for each of the four regions of the body. The score is the percentage of skin affected by atopic eczema.

The SCORAD is the only severity scale that has undergone testing for validity, reliability, sensitivity, and acceptability. The SCORAD was published in 1993 after 3 years of work by the European Task Force. The SCORAD takes into consideration both objective signs of atopic dermatitis (such as severity and extension), as well as subjective ones (like pruritus/itching and loss of sleep) when measuring severity. Dermatologists may use this tool before and after treatment to determine whether the treatment has been effective.4

To measure the extent of severity the healthcare provider conducts a physical exam and and documents the affected areas by shading in the percentage of the body that is impacted on a drawing of a body. The rule of 9 is used to calculate the affected area as a percentage of the whole body. After evaluation, a percentage is given to the spread/extent. A breakdown of the rule of 9 in adults and older children is included below:

The healthcare provider chooses an area of the body that is a representative area of the extent of atopic eczema. In this area, the intensity of several symptoms (shown below) is assessed using the following scale none (score of 0), mild (score of 1), moderate (score of 2) or severe (score of 3).

Subjective symptoms (such as itch and loss of sleep) are also scored by the patient or family member/caregiver of a child using a scale where 0 is no itch (or no sleeplessness) and 10 is the worst imaginable itch (or sleeplessness).

The SCORAD, while one of the best-validated tools, is great for clinical trials as it provides a detailed and comprehensive assessment but may not be best for routine practice and screening and oftentimes the Three-Item Severity Score (TIS) is used, which is based on the evaluation of erythema, edema and excoriation (scratch marks) on a scale of 0-3.

So the next time you are at the dermatologist’s office and you get asked a series of questions or see them completeing an assessment, ask them what tool they use to determine your atopic eczema severity!