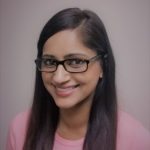 I came across the term “Atopic March” a few times after my son was diagnosed with allergies. If Atopic March existed, I could expect asthma to be the next phase of progression on his list of inflammatory conditions.

Atopic March is not a new trend or a marathon. It has existed in theory over the years, in texts and studies, but I never heard the doctors talk about what could be next for my child. It may have been that we were so focused on controlling and managing his severe eczema, the current condition at the time, that our conversations just never touched on the potential road we may be traveling if his symptoms progressed.

If your child currently suffers from eczema, the last thing you want to hear is that their eczema could potentially develop into other problems. However, Atopic March is an important factor to consider in aligning expectations and can give you an idea of what to watch for if your child’s conditions do progress. In the hopes that this may help other parents, I’d like to share my knowledge, thoughts and personal experience with the Atopic March.

What is Atopic March?

Atopic March refers to the development of atopic dermatitis (AD) during infancy, progressing to allergic rhinitis and asthma as the infant grows through the phase of childhood. This atopic manifestation is likely the result of several underlying factors like the presence of filaggrin mutations, age at the time of onset and severity of AD. It may also depend upon a family history of eczema, adverse reactions to foods and how susceptible you are to infection.

These atopic progressions are marked by a characteristic pattern of immunoglobulin E (IgE) antibody responses and specific symptoms that appear in the early stages of life, continue for years and usually alleviate with age. Skin tests are usually recommended by the dermatologist to detect the typical sequence of specific immunoglobulin E molecules in the blood and sensitivity to food or other allergens.

What are the symptoms of Atopic March?

The clinical symptoms for atopic march are individual-specific. In usual cases, except for dry skin, no other sign of this condition is diagnosed at the time of birth. The production of IgE is likely to initiate during the 11th week of gestation. However, at this stage, no specific sensitization to food or other allergens can be diagnosed in the blood using standard methods to measure increased levels of IgE antibodies.

For visible symptoms, the first symptom that typically manifests is atopic dermatitis (eczema), usually occurring between the age of 2-12 months. In my case, my son first began showing signs of itchy rashes at 8 months and as the outbreaks grew worse, I’d cover his hands with mittens just to keep him from scratching his skin to shreds and risking infection.

Food allergies are next, which often occur between 6 and 12 months of age. Symptoms of food allergies include swelling of the lips or eyes, red rashes or hives, vomiting and even difficulty breathing. The most common food allergies are milk, eggs, peanuts, tree nuts, soy, wheat, fish and shellfish, with the allergic reactions usually occurring within two hours of eating.

Then come the environmental allergies, or rhinitis, with symptoms including itchy, stuffy, runny nose, sneezing or itchy, watery, red eyes. These symptoms can start as early as a year old, and are often triggered by dust, dust mites, pet dander and other allergens found inside. Allergies to outside environmental allergens like pollen usually start manifesting between the ages of 3-5 years, after the child has been exposed to the first few pollen seasons.

The last stage of the atopic march is asthma, a chronic lung disease that causes the airways to the lungs to become inflamed, swollen and narrow, making it difficult to breath. Depending on which study you read, children with eczema have a 50% – 70% chance of developing asthma. Symptoms include wheezing, tightness in the chest, shortness of breath and coughing. Depending on the child, signs of asthma can start as early as 3-5 years of age or later.

What are the risk factors of Atopic March?

In my experience, my son’s eczema was followed by rhinitis as he aged. He doesn’t have severe eczema, but I still wonder if asthma will be part of his future. In all, it’s good to know what to expect, rather than be thrown by surprise on this road to an eczema free life.