Everyone Became a Mom Who Says “Stop Scratching” 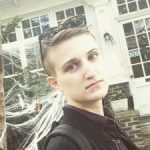 One thing I wasn’t prepared for with atopic dermatitis was the authoritative tone that people started to take with me, even when they knew nothing about the condition (not that I knew much more at the time, or anything at all about what was going on with my skin). This wasn’t so much in telling me to do certain things, or telling me how to help it, but more in attitude. Everyone (how I describe it often) “became a mom.”

My atopic dermatitis takes a turn for the worst

My atopic dermatitis had gotten worse by the middle/end of high school before I saw a real dermatologist (see: my diagnosis timeline). I tried not to scratch at it but especially when going to bed, this seemed like an impossible task. I’d be fine, fine, fine, then start drifting off and immediately. You know that half-asleep state when you can’t really stop yourself from doing certain things, or really wake up, but you’re also sort of up and know exactly what you’re doing? I’d scratch it all, and it just felt so good.

It was definitely not good for my sheets.

I’d wake up bloody. That sounds like the name of a terrible emo song, but it’s true. Though my sheets probably took the brunt of it. Surprisingly, it didn’t look too bad from more than a foot away, but it was definitely there, especially as I ran cross country and sweat dripped all over it making it burn, or as it dried out in winter.

I had a vendetta against lotion (maybe just the super-sticky kind we had in the house?) and didn’t yet have any dermatological creams or anything to put on it, so it just… was. Not a place I want to revisit.

Advice and input from others

Of course, my actual mom, and the rest of my family would see me rubbing at a patch over a shirt (what I tried to do instead of scratching in the waking hours) and I’d get “the look,” or a stern “Margot!” But, she’s my mom, okay. My sister would do the same but with the addition of a disgusted look and possibly “ew” or “Margot, stop scratching, it’s disgusting.” Still, family.

But then my friends started, too. They didn’t vocalize the “ew” but it was clear that in addition to wanting me to feel better, they weren’t so thrilled at watching me scratch or rub. Every day, a “Margot, stop.” if I started, especially in class when I’d be distracted by something else.

I think at some point I must have brought up how hard it was to stop, and they did start being nicer, more understanding, about it. A pat on the arm or quick rub of the back added to a look at my scratching arm instead, then, more often. Or a nice “hey.” I still didn’t like to hear it. It was my body – let me scratch and stop telling me what to do! Though I know they meant well. Thankfully, no one but my close friends seemed to notice, or care, about the (what I didn’t know yet was) atopic dermatitis.

Believe what you want to believe about my skin

After graduation, my high school put us all in this giant complex with a pool, electric bull, racquetball courts, etc. in addition to providing food, psychic readings, and massages (to stop us from drinking I guess?). My friends wanted massages. My arms were bad. My back was bad. My legs were bad. I was wearing a t-shirt and shorts and no one else noticed or cared but they’d be looking closely – I’d never had a massage, and wasn’t sure what to expect, even though these weren’t real masseuses, but they’d be looking closely at my body, even if just the exposed parts, right? I went in with them. They only saw my arms. They thought they were bug bites I’d scratched. I let them believe that.