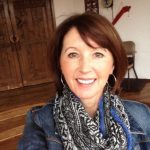 Having been a witness to some major skin itching in my life, I came to the conclusion that it can become a habit. The dictionary describes a habit as a regular practice or custom that is hard to give up. I watched my little sis develop a scratching habit as a teenager. She had a form of psoriasis that was more than skin deep and her skin was fragile at times. Scratching too hard could lead to bleeding and oozing. Being the bossy older sister, I would go over and hold her hand to prevent her from going too far. She would smile a teeny smile and fold her hands in her lap.

We talked about it. She agreed that sometimes the scratching was soothed, but she continued to pick at her skin as a habit. If the itch was under her clothing, she could give a little rub and let it go. But if it were near her face or neck, there might be trouble.

How to handle that itch-scratch cycle

There are two ways to deal with any habit. Either you can ignore it, or you can replace it. When it comes to the habit of itching, it’s probably wise to try a little of both.

It’s important to know that not all constant itching is a habit. Even if there is only a slight spot, a tickle can cause uncomfortable stinging or burning. Diverting attention from that takes remarkable strength. It’s something I’ve watched women in my family do for 3 generations.

Habits never really disappear. This is especially true with skin problems. As long as the condition is there, the itching is always ready to reemerge. We divert our attention and the itching may reappear later with the first spell of dryness or flaking.

There are treatments for itching. It may be soothed or quieted. The use of lotion, medication, ice, a fan, gloves, or a layer of clothing are some alternatives. But there are times when a person reaches their limit, and scratching must be done.

It’s wise to talk about why we are scratching, especially if it is excessive. Too much scratching leaves scars, and scars can fade, but that is another blog. Learning to take steps to relieve the itch with treatment, or to look for patterns of behavior can help divert a habit from forming, or becoming stronger. All of this takes huge heaps of patience, and any such talk is done with love and kindness.