How Going Vegan Has Helped My Eczema Flareups 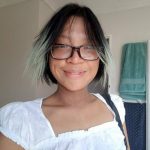 As I write this, it has been about 8 months since I went full-on vegan. I originally started going vegan again because I watched some documentaries on Netflix by Kip Anderson and while I’m an animal lover, what really convinced me to go vegan were the stories of people suffering from chronic conditions that left them relying on walkers to move around, diabetes, obesity, asthma who all healed through going vegan alone! Many of them started to experience relief just within 2 weeks of going vegan despite having dealt with their conditions for decades! It also helped that I had friends starting to go vegan for health reason and even raving about having lower body aches as a result of a more plant-based diet. Since I have a sore left scapula, this really appealed to me to experiment with.

In terms of living with eczema, here are some benefits that I’ve experienced since going vegan:

My flare-ups are less flared!

No joke! This is the number one thing that has sold me on going and staying vegan. I noticed that eating more fruits and veggies and less processed food has made any flare-ups that occur be much less swollen and less inflamed.

The itching is less itchy

If I do get an itch, it comes and goes so much faster than before! I remember days when I was off steroids, but still ate meat and dairy where I would still experience overwhelming tidal waves of itching that went on for hours and hours. But now, it seems to occur but stops just as quickly. It just feels easier to let it go and let it pass through. Many times, it’s just for a few seconds.

Emotionally, I feel more stable and resilient. I’m not a doctor, but I will say that eating more water-filled food has made me feel calmer in the face of itching and rashes. While I may still get a flareup from time to time, it doesn’t seem to freak me out and make me anxious like it used to. Maybe, it’s because I’ve experienced full remission on Chinese herbs and the elimination diet and know that I could return to that whenever I want, with much discipline. Either way, I do not have nearly as much panic about things escalating or feeling doomed or down on myself about having flare-ups.

It’s lighter on the wallet

Eating is an easier and cheaper thing to do – Fancy burgers and steaks can easily cost a third to half of a week’s grocery bill when you’re eating out. Vegetarian and vegan versions are always much cheaper and that’s always helpful for stress levels and bank accounts.

A little closer to Mother Earth

I feel more connected to the planet – This may come off kind of “hippie-dippy,” but when you go vegan, it’s not just about eating. It’s connected to a larger network of people doing what they can to be healthier, more productive and giving members of society. And that is always a helpful mentality when dealing with any chronic condition.