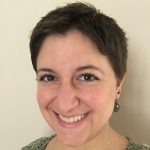 My first daughter was born healthy and is still healthy. She doesn’t have any food allergies, autoimmune disorders, chronic health conditions, etc. She’s easy for me to deal with: restaurants, play dates, birthday parties–all go on without me asking any questions about the food. But now I have my second daughter…and she is a different story. My second daughter gave me a rougher pregnancy and delivery, and so far, a rougher childhood as well.

I needed a C-Section because she was in distress during labor, and it turned out to be the way to go–she came out at a whopping 10 pounds and 2 ounces! And from how big my belly was in pregnancy, I wasn’t surprised. People asked if I was about to deliver when I was only 6 months along.

I’m a Type 1 diabetic (I was diagnosed as a 3-year-old child, and my pancreas doesn’t make ANY insulin at all, so I need to use an insulin pump to live). This contributed to her size at birth, and some of the complications that were also apparent:

While she was in the NICU, she was given measured amounts of my breast milk and formula, and a constant flow of sugar water through an umbilical IV kept her blood sugars near normal as her pancreas slowed down insulin production. After a few days, she also became jaundiced and needed light therapy.

My point in remembering and relaying this scary and traumatic birth story is to say that there was a lot of medical intervention in my second baby’s life from the moment she came out, much more than for my first daughter. I’m very fortunate to say that she left the NICU and came home a healthy baby after less than a week there. Many of the babies there were less than two pounds and with many more troubles than my little one. So I consider myself very lucky in that aspect.

Breastfeeding this second little one was so hard. We struggled for a while and eventually, I decided to take a break and try some formula. I had supplemented with my first one, so I wasn’t concerned about “nipple confusion” or any of those other scary things you hear about as a new mother; I felt like I had graduated to “experienced mother.” I grabbed one of the tiny two-ounce bottles the hospital had given me and gave it a try.

My baby was NOT into it. She was hungry, and it was time to eat, but this bottle was not interesting her.  She was latched on, but she was drinking very slowly and, it seemed, with caution. She had had this formula in the hospital so what was her deal?! Drink, baby, drink it up!

She ate as much as she could, which turned out to be only near one ounce, and then she went to sleep, as newborn babies do. I kept her near me in the cradle that came with her Pack n Play while I sat down for some dinner. I was startled when a little while later she was throwing up while still asleep. It wasn’t baby spit-up, it was something else–projectile vomiting–and there was an odd greenish color to it. I called the pediatrician. They were worried it could be something serious. She was only two weeks old!

We rushed her to the local children’s emergency room. It felt like it took forever to get there. They got us in right away and began all kinds of testing: some type of imaging to see if her intestines were tangled, blood testing, etc. And everything came back fine. So they sent us home. A few days later, I tried some more formula. And got the same results. Projectile vomiting and a green coloring to it. The doctor had told me it could be bile coming up from there being nothing left to vomit.

Now, I was making a connection: I believed she was allergic to the formula. So now I knew I had to make breastfeeding work. We aren’t rich, and I knew we couldn’t easily afford a year’s worth of expensive specialty allergen-free formula. I did everything and made it happen: nipple shields, using my pump regularly, and tons of lanolin for sore nipples. And we got through those early days, and are still going (naps and bedtime) at almost 24 months old!

To find out what happened when I introduced solid foods in Part 2, click here!