Searching for a Solution to my Child’s Scalp Eczema 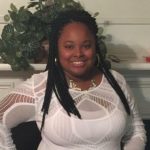 While the Selsun Blue solved the issue of the flakes and visibly dry scalp, the problem remained that her hair continued to be coarse and dry. I had restarted using the Aquaphor Baby Gentle Wash and Shampoo and Eucerine Baby Wash and Shampoo on her hair, however, neither of them seemed to make her hair any less dry or coarse and she would often scratch her scalp leading me to believe that her eczema still persisted though not as visible perhaps because her hair had grown thicker. The itchiness of her scalp would be such an issue some days that she would wake up out of her sleep to scratch her scalp or cry until I put something in her hair. I would use olive oil in efforts to moisten her scalp and soothe the itch but the olive oil succeeded only in making her hair oily, which sometimes seemed to make it itch even more than before.

Checking in with my doctor

I asked my doctor what she suggested and she said that the regular baby hair washes or body washes should be fine in conjunction with just a tad of the Selsun Blue. She said that it was perhaps the changes I was seeing in the texture of my baby’s hair were just the inevitable changes that happen as babies get older and their hair begins to evolve. While I was in agreement that the changes in the texture of her hair were inevitable and a part of her evolution and maturation, I was certain that there had to be products that would be better for her scalp and her hair itself to assist with the dryness and coarseness of her hair and to help sooth the irritation and possible eczema on her scalp that continuously made her scratch her scalp.

For all the opinions and suggestions and unwanted ideas of so many of my peers, relatives, and associates regarding my baby’s atopic dermatitis break out and skin discoloration thereafter, I could not seem to get many suggestions at all about what to use on her hair. The few people who did have suggestions all suggested Johnson and Johnson or Baby Magic.

Over-the-counter products for the win

After some searching and several store visits, I decided to use Shea Moisture Kids Mango Carrot Extra-Nourishing Shampoo and Conditioners with Orange Blossom extract. After using the Shea Moisture Shampoo then the Shea Moisture Conditioner, I would put Garnier Fructis Sleek-n-Shine Intensely Smooth Leave-in Conditioner Cream in her damp hair (or spray a bit more water in her hair to make it damp) and then put a little bit of carrot oil in her as well. Then I would use Coconut and Hibiscus Kids Extra moisturizing Detangler by Shea Moisture to comb her hair out. I would do this routine in its entirety once a week. Twice a week I would do the routine without the shampoo, just conditioners. I instantly saw a visible improvement in the moisture in her hair. She also seemed less irritated and no longer scratched her scalp. I have continued this outline ever since and haven’t experienced any problems with her scalp in the months following my decision to change her hair routine.