What Is Moisture Withdrawal? 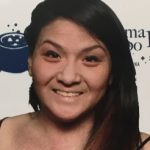 Have you applied moisturizers, only to find your skin turning red, getting hot, and then itching? Then after scratching, you finally felt relief? Ever since I was a child, I always experienced this after applying moisturizers. My auntie would slather my body with thick moisturizers, telling me that the doctor said she had to do this for my eczema. I didn’t know how to describe it, but I told her that my skin felt like it was suffocating, and it needed to breathe. Nearly three decades later, I still feel the same way.

I was brought up in probably the exact same way as you- I was taught to shower or bathe daily, and then upon getting out of the shower or tub, immediately reach for that Costco-sized bottle of Cetaphil and slather it all over your body, head to toe. All the doctors said to do so, and so did the entire family, and all the random strangers with their unsolicited advice. They were all adults and I was a child. So they must be right. Right? They must know better?

When I started moisture withdrawal

Throughout the years, probably starting in my late teens, I unknowingly started what I now know is called moisture withdrawal. In all honesty, it was probably due to laziness. Why try to fix something when it’s not broken? So I would apply moisturizers all over my body after showers during the week, but since Saturdays were our lazy days, I would stay home and not apply moisturizers. I didn’t document the applications, but looking back on it now, I really started listening to my body and just doing what felt right when I first lived away from home in my early 20s. I’m realizing now that all my problem areas were actually areas I moisturized regularly. My face, neck, chest, lower arms, and hands. How interesting. Wow. I literally just came to this realization while writing this. So what does that say about your average moisturizers?

What do moisturizers do?

Apparently applying moisturizers to the body tricks the skin. It makes your skin believe that it is already moisturized, so it doesn’t feel the need to moisturize itself. It’s like you’re babying your skin, and now it has no idea how to take care of itself. So what do we do now that we have dependent skin? You stop giving it moisture so it can relearn how to moisturize itself again. In comes moisture withdrawal.

What is moisture withdrawal?

What is moisture withdrawal? It’s when you stop slathering moisturizers all over your skin. The idea behind this is to teach your body how to moisturize itself once again. When your skin is dependent on moisturizers, it forgets how to take care of itself. So it stops producing oil and cortisol. By removing the moisturizers, you teach your skin to take care of itself once again. I know this sounds ridiculous and goes against literally everything we were taught growing up, right? But if you decide to try it, you’ll see that your skin does remember how to moisturize itself again. You’ll also notice that your skin will be stronger and more resilient. And yes, I am speaking from experience.