When It Feels Like Disease Is All That Defines You 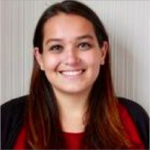 When I was 8 years old, I was diagnosed with atopic dermatitis, a diagnosis that I didn’t take very seriously when I was that age, because to me it was simply a controlled rash that I sometimes required a special medicinal cream to keep the symptoms at bay. Other than that, my atopic dermatitis was mild, in remission, and did not prove to be a burden on my day to day life. Honestly, after that first doctor’s appointment, I never thought about it unless my mom asked me about it.

All of a sudden, I felt defeated and like disease was all that defined me. The impact of my first diagnosis of atopic dermatitis suddenly began to weigh on me and I realized how I hadn’t had taken the proper amount of time to cope with that first diagnosis and was in no shape to take on this new one. I soon became embarrassed about both issues, noticing the rashes that never bothered me before and becoming hypercritical of every symptom I felt. Although this time trying, I quickly learned how to cope with both conditions, manage them, and realize that I was more than these diseases.

The first and most important tool that I learned was that knowledge is power. Without knowledge, I often felt a lot of fear of the unknown and the “what ifs.” Taking charge of my illnesses, including understanding them, what their triggers were, what my future held, and what I could do to keep myself healthy gave me a lot of power.

Before gaining this knowledge, I felt like it was all out of my hands like the universe would control what would happen to me, and there was nothing I could do about either of these conditions. Now, I am aware of my body and am able to control my flare-ups when they do come along, making all of that far virtually disappear.

It took two diagnoses to finally help me realize that it is okay to rely on others and confide in them for support. After my diagnosis of atopic dermatitis, my mom often told me that I could talk to her when times were hard and I thought that was silly because I thought all the condition was a small rash.

More than meets the eye

I had no idea that it could get worse and that when I became a teenager those rashes might make me feel embarrassed. But as I was diagnosed with a more embarrassing disease, I learned that support systems are key to getting you through the hard times, the times that try your patience, the ones that just seem unfair to have this condition to start with. It doesn’t make you any less cool or strong if you rely on support groups.

It is often so relieving to just get those hard times you are dealing with off your chest. My mom, my husband, and support groups for both of my conditions are the two biggest supporters I have. I believe that without them, it would’ve been a lot harder to get through some of those flares and scary times at the doctor. I swear by support systems. They are the best thing to give you that extra strength.

Your disease doesn’t define you

For a long time, I felt like my disease defined me. I felt like no matter what happened to me, my diseases would cause me issues, no matter how good or exciting the new thing to come my way was. Something I have learned over the years is that my disease doesn’t define me. It is often hard to feel, when you have two diseases, that you are not just “diseased”. It feels as though that’s how you should identify yourself and how others will view you.

Let me tell you, that isn’t true. Often, no one thinks you are diseased goods and no one is really thinking that about you. Of course, there will be those individuals that aren’t so nice, but you have to take what you can and throw out the rest. That is what my mom taught me and it has paid me dividends throughout the last 15 years dealing with a dual diagnosis.

Taking the power back from disease

So, when it feels like disease defines you, don’t let it. Often times it is in our heads, haunting our thoughts and almost not real. Disease doesn’t define us, who we are, what we do, and what we accomplish define who we are and what we are capable of doing. The fact that we are able to tackle and deal with lifelong incurable illnesses makes us even more incredible, strong, resilient, and should make you that much prouder of who you are.

What do you do to cope with your atopic dermatitis?